Conor and I made our way out to Dewitt's pond for some evening fishing. The kids got me a fishing rod for fathers day and this would be my first chance to try it out. The pond is pretty close to our house so it's easy to make a quick trip out there.

Conor and I had planned to to head out on Sunday but he had fallen off some playground equipment and his wrist was hurt so we ended up spending a few hours at the clinic instead. 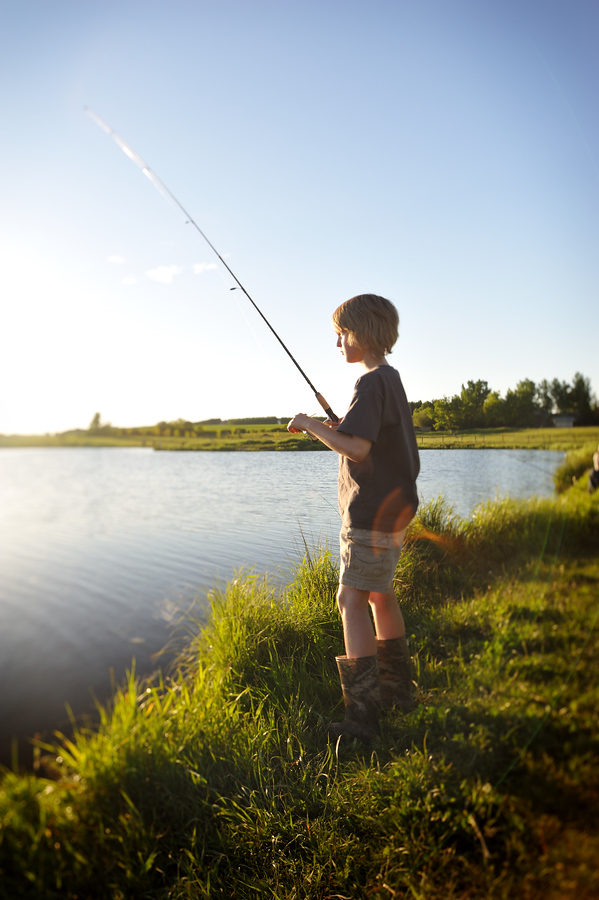 The evening was beautiful.. the second day of summer was living up to expectations. We didn't end up catching anything but the guy beside us landed one and some of the other guys caught a couple. The fish were definitely there as they were jumping all over the place. Conor used a spinner, and I started with a spinner but tried a bobber later on.


Things seemed to be going smoothly so I thought it`d be OK to walk around the side of the lake and see if there was anything to photograph while my bobber bobbed in the water.

I asked Conor if it was OK and asked him to not yell at me across the pond if he needed something but to just get my attention and I'd come back.  I hadn't been gone long before he was calling me back. I replied to him but he was persistent on wanting to have a conversation across the pond. It turns out he was casting his rod and the top part had loose and flew into the water. The hook was stuck on some weeds or something. When I got back I pulled on the rod and the line snapped. We watched as the end of his rod disappeared under the water.

We decided that he would try and get the top of his rod out of the lake and I told him he'd have to take off his shorts and shirt so that his clothes wouldn't be all wet for the drive home. He was very shy about going into the water in his underwear because of all the people around. It took a bit of convincing, but he eventually relented. As he searched in the water I saw a photo op so I quickly dashed over and grabbed my camera and popped off a shot. He wasn't too happy with me for doing it, but I really like how it turned out so I'm posting it here.. please don't look at his shorts.

He couldn't find it and made his way back to the shore. He became inconsolable. After all, he'd caught two fish on that rod last year and it was his favorite fishing rod. I felt pretty bad for him. After a bit his unrelenting sorrow turned into determination. He was going to go back into the water and find the top part of his fishing rod! So off he went.. after a few minutes of looking he spotted it and his tears of sorrow turned into tears of joy! He`d found it!

It was getting late so he fished just a tiny bit more while I took advantage of a cloud that was catching the last light of the day. I was able to get this shot which I also really like a lot.

I used the black filter to get a two minute exposure. This helped soften up the water and allowed some cloud movement. I made a couple attempts but we were running out of time and the colour soon faded.

Follow this link to see all the pics from today.